On the c6 Corvette, short of needing to download a firmware file to flash it into a new replacement module like a BCM that if vin dependent, all you need to troubleshoot and reset items on the car like a radio relearn is the Tech 2win program that is going to come on the disc. With this program and the GM nano, you don't need a subscription from GM.
Hence think of a TV, where it first need to be a operating system programming to be with (the firmware file), then once it flashed, all you need from that point is the remote control (tech2win in this case)

If you did need to replace one of the module like the BCM, ECM, Dash gauge cluster that requires a Vin specific firmware file, then the software you would need is TIS2000. Hence in Tis2000 program, is the Service Programming System program that would first require a subscription to GM to allow you to connect to GM servers to pull down the specific firmware file for your cars vin number, then flash it into the module for it initial set up.

TIS2000, And note that you will be using the stand alone Tech2 win with the nano, and not the tech2 view from TIS2000. 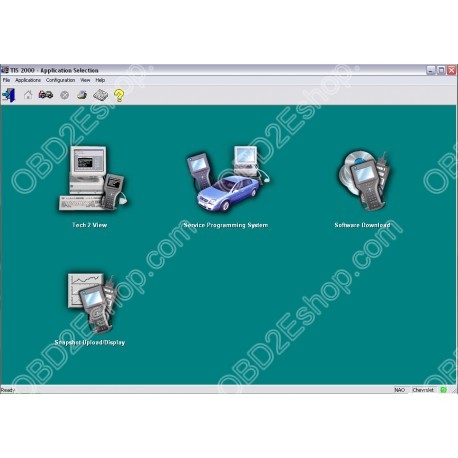 Now lets go over the C7 and later model cars that do not use a Tech II, but use a MDI instead (the GM Nano is mdi clone).

So GDS2 works the pretty much the same at Tech2 win for the most part/what it will do, so again, short of needing to flash in firmware to a brand new replacement module, GDS2 covers most of the items on the car for trouble shooting and resetting as well.

Now if you do need to replace a module on the car needs to be initial firmware flashed to the vin to start with, here is where you would need the Service Programming System program again.

Now with GDS2, it not Tis2000's programs SDS that you need, but GM GlobalTS program that will have the correct SDS for the newer cars that use GDS2 instead. Like the either of the SDS, to be able to connect to GM to get the needed firmware files from their servers, you would need to have a subscription to GM to run GM GM global software.

Now the part that blows on the C7, when you want to program in a Fob to the car using the tool, it not done with the GDS2 program. Hence in a c6, Tech2win allows you to program a fob into the car quickly since the needed menu in within the Tech2win program.

To program a fob into a C7 with the MDI, you have to use the GM global SDS program, since that is where the VTD relearn menu is located to program in fobs instead.
Now the glitch, do not think that anyone has cracked GM TS to have it run stand alone/ hence without needing a subscription to GM to run the program/without it needed to connect to GM, since it it a web base program.

GM TS, or more so, the web link since it a web base program. 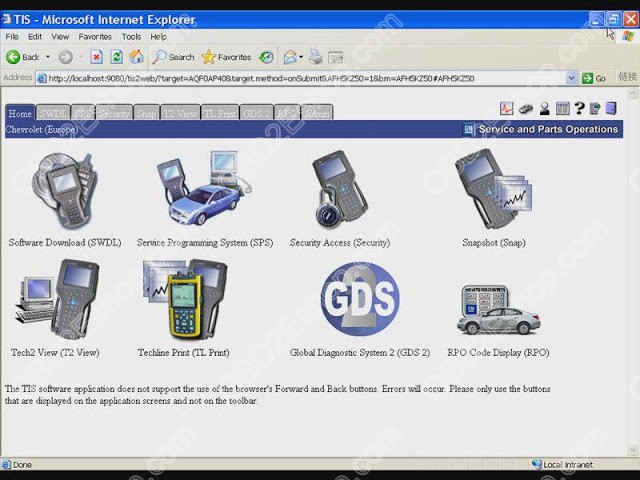 Back to top
Back